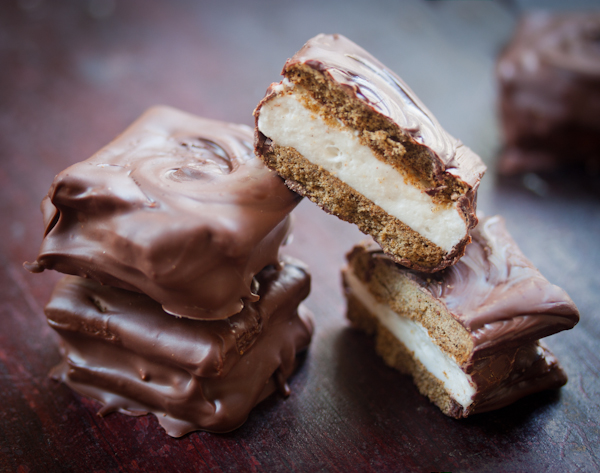 This graham cracker (and the assemblage of the s’mores bites) recipe evolved from a sudden craving I had for a Moon Pie, a concoction I haven’t eaten in at least twenty years. But, I didn’t want just any old moon pie, I wanted one made with graham crackers. Crunchy graham crackers, in fact. The more I got to thinking about it, I realized what I was actually craving was a s’mores. But I wasn’t in the mood for your typical fireside oooey gooey melty monstrosity of awesome; no no no. I wanted one with a very thin layer of dark chocolate that gave the confection a slight snap each time you bit into it.

So, I came up with this hybrid of sorts. And man, if I could sell these bad boys, I would. My own family was going nuts over them–and given how many treats I actually make on a weekly basis, this type of behavior is not very common in my house. Cookies, again? Yawn. More cupcakes? Sigh. Are you making MORE candy? At midnight? Groan.* But these s’mores went over so well you’d think it was the first chocolatey, marshmallowy thing I’ve made all week! It wasn’t… I just think I hit on a sweet spot with the s’mores thing. I guess there’s a reason these legendary treats are so darn popular.

But back to the crux of this recipe. The best part about them is the graham cracker itself. Having a reliable, and easy! graham cracker is an essential for any baker’s recipe box, and sadly, I’ve just been going without for some unknown reason (substituting with other crunchy cookies and such) these past two years. But I’m glad I came to my senses and finally created these. They’re perfect for using in pie crusts, as vehicles for peanut butter and cinnamon sugar straight into your mouth, and of course, for making s’mores!

Cream together margarine and sugar until smooth. Mix in non-dairy milk, agave, molasses and cinnamon. Gradually add in flours until all are incorporated and continue to mix until a stiff dough is formed.

Divide into two sections and pat into disks. Chill each disk briefly (about 5 minutes in freezer), and then roll out in between two pieces of parchment paper until about 5 mm thick.

Cut into squares and poke holes in the top (I used the tip of a chopstick) to poke holes and also to perforate the cracker.

The dough will be quite flexible and very easy to pull off the parchment. Use a flat metal spatula to help you if needed. Place onto an ungreased cookie sheet and bake in preheated oven for about 12 to 14 minutes, or until firm and a touch darker on edges. 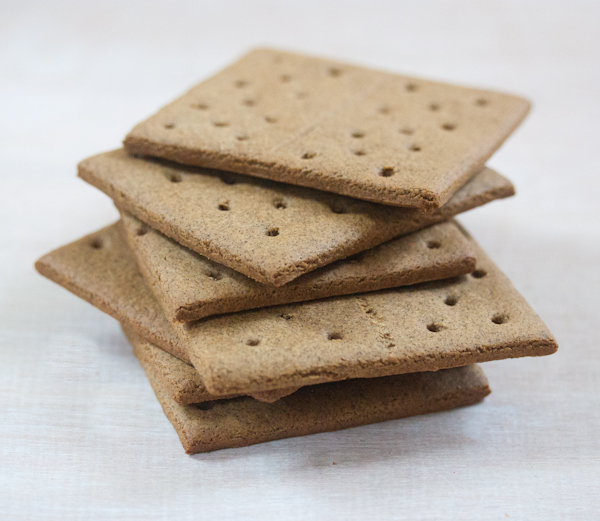 For the S’mores you’ll need a 10 ounce bag of mini vegan marshmallows (Dandies do the trick) and about a tablespoon more of non-dairy margarine. You’ll also need a bag of non-dairy semi sweet chocolate chips.

You can either leave the graham crackers as big squares and make giant size treats, or break them into smaller squares.

First, in a 1 quart saucepan, combine the margarine and the marshmallows and melt over medium heat until smooth, stirring constantly. Add a touch more margarine if the mixture starts to stick to the pot.

Grease the inside of a piping bag (with no tip) and once the marshmallow is melted with no lumps remaining, place it into piping bag. Pipe a dollop of marshmallow onto one cracker and top with another to make a tiny marshmallow sandwich. This gets messy… clean greased hands are also helpful.

Repeat until all the melted marshmallow has been used. 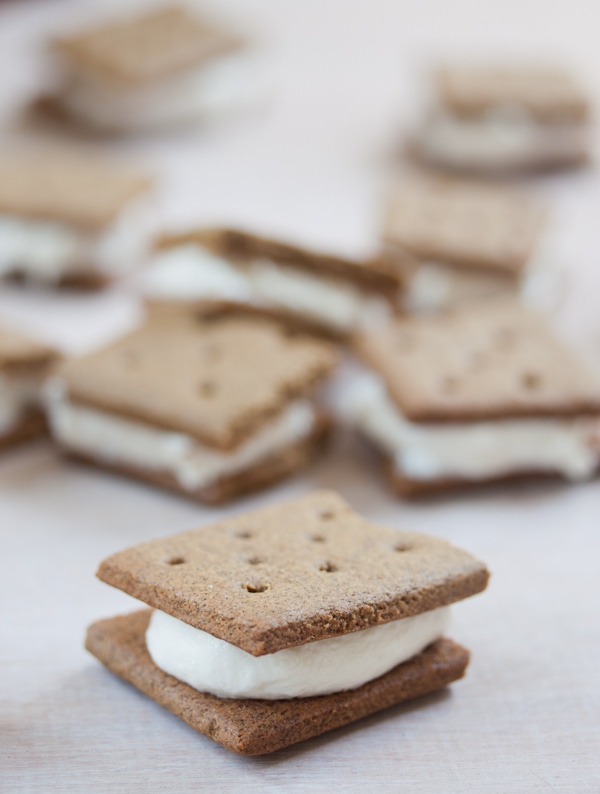 Next, simply melt your chocolate over a double boiler and then coat the little guys with some chocolate. I opted for a thin shell on the outside, which I recommend… but feel free to pile it on as you see fit, of course.

Let harden and then enjoy! 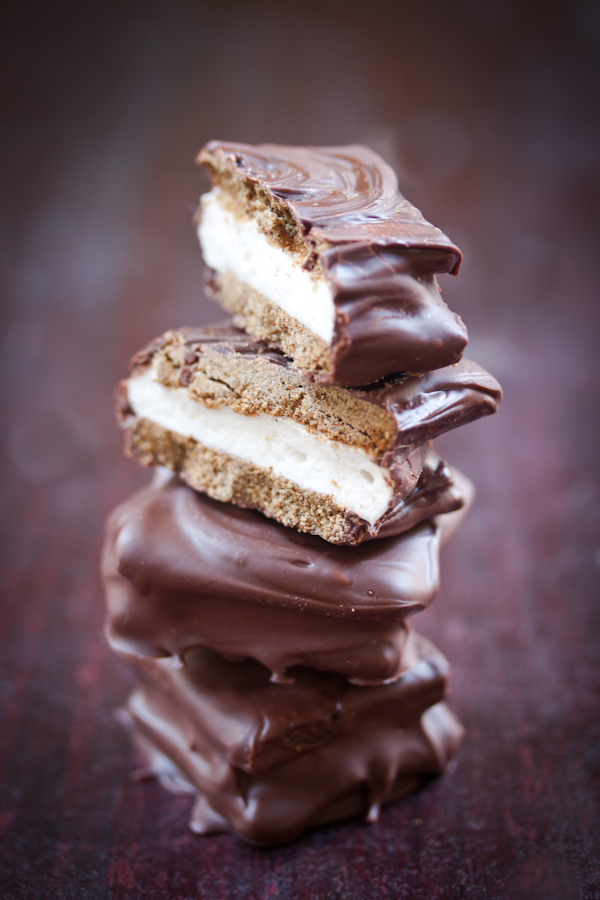 * This may be a slight exaggeration, but there is often too many treats lying about our kitchen for even two grown adults and a couple of (always hungry) children to even eat… so into the freezer they must go.