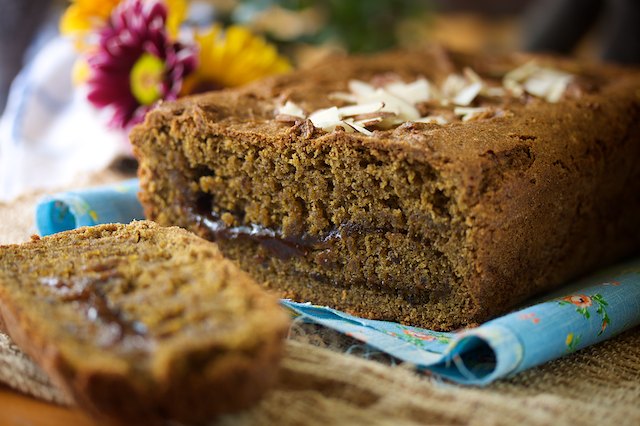 I admit, I created this recipe purely because of a selfish craving I was having for something sticky sweet and pumpkiny. I was going to try and pass it off as a treat my kids would enjoy for breakfast, but I became pretty possessive over it once it came out of the oven. The kids still got some, but I ended up having more than my fair share. :\

I’m not usually one to fall head over heels for a simple quick loaf, but the spicy cinnamon trail that runs through this sweet pumpkin bread is enough to make my heart sing a different tune.

It’s even more delectable with a slather of your favorite vegan cream cheese on top!

Gently incorporate flour mixture into pumpkin mixture and then mix well until a thick batter forms. Spread half the batter onto the bottom of the pan.

Sprinkle cinnamon sugar mixture on top of first layer of batter. Gently cover with remaining batter and then use a butter-knife to carefully draw swirls into the batter.

Bake in preheated oven for 70-75 minutes, or until knife inserted into center comes out clean. 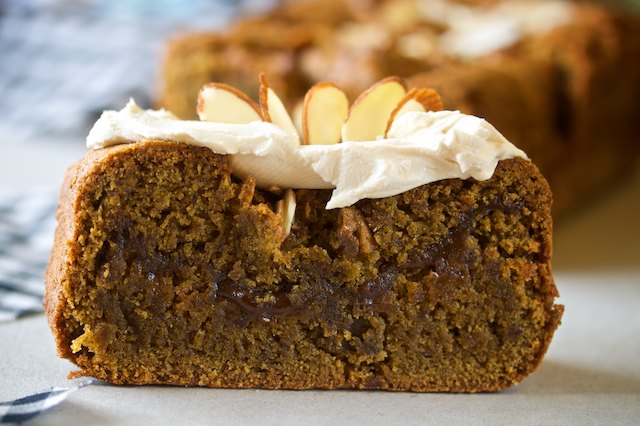